The Escape Game: A Quick History of Escape Rooms in Dublin 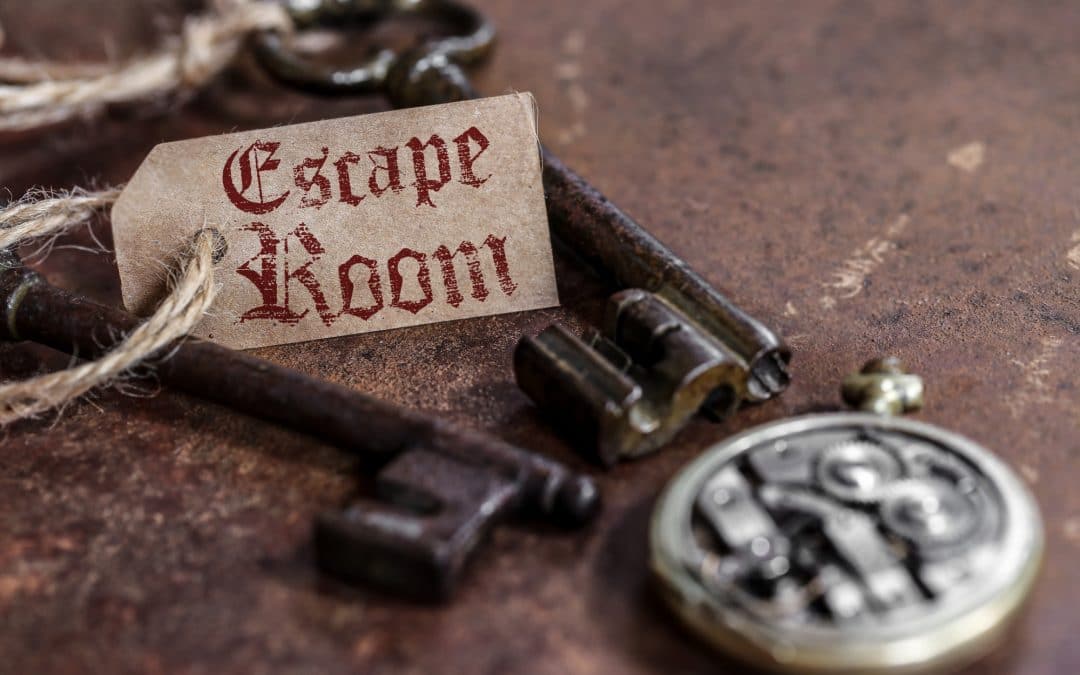 Since the beginning of time, humans have loved solving puzzles. From navigating their way through complicated labyrinths to trading riddles around the fire, we’ve always had a desire to overcome challenges with brainpower.

One of the most recent trends in puzzles is the escape game. If you haven’t participated in one yet, you probably know someone who has. They’re popular for corporate events, birthday parties, and as a challenge for puzzle enthusiasts around the world.

But where did this brilliant idea come from, anyway?

Read on to learn more about where the escape room craze came from and how it made its way to Dublin.

Back in 2004, Toshimitsu Takagi released a small point-and-click style .html game that followed in the footsteps of popular puzzlers like Myst and MOTAS.

But instead of giving you a whole world to discover, he kept his RPG simple: after a night of drinking, you wake up in a crimson room with no idea how you got there. The door is locked, and you have to search your surroundings to figure out some way to escape.

The Crimson Room started an internet gaming craze that still lasts to this day. One of the people entranced by them was a girl in Japan who sat next to Takao Kato, an event planner and the man credited with opening the first real-life escape game.

He explained that he was trying to come up with a new and entertaining kind of event, and she mentioned how much fun she had with online escape rooms. Kato thought people would enjoy participating in a live puzzle event similar to the beloved internet games, and he was right. At his first escape room event in July of 2007, he sold out of all 150 tickets.

The event was a hit despite only six people completing the challenges successfully, and Kato then founded Real Escape Game in Kyoto, Japan. People loved the challenge of escaping the room, and the concept soon spread around the world.

Escape games quickly transitioned from temporary events to permanent businesses, with thousands of companies operating around the world today. In Europe, Budapest was the first hotbed of the escape adventure, with well over 100 rooms. They then spread to Romania, Switzerland, and finally, Ireland itself.

As recently as 2017, Escape Boats was one of only three escape games in Dublin. Today, we’re one of ten operators in this city alone. People in Ireland (and around the world) clearly can’t get enough of the challenge!

The escape game phenomenon is here to stay, and now it’s moved beyond its traditional location in a building. If you’re ready to try your hand at a live-action escape adventure in Dublin but are looking for something a little more exciting, why not try escaping from a real barge?

Can you restore power to the deserted Zorg Ella or escape your cell before you’re shipped off to Australia with the other convicts on your team? If you’re ready for the challenge, book your Escape Boats adventure on Dublin’s Grand Canal Docks today!